MyPR: Catch the feeding of the Fish @ Cresta!: 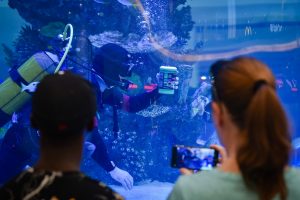 Something not to be missed and which is sure to provide plenty of entertainment for the whole family is feeding time for these fascinating aquatic residents. The next feed is scheduled for the following Saturday’s – November 2nd & 30th between 12 noon to 12:20pm – So mark these dates on your calendar and get ready for some great picture opportunities.

Did you know this about Johannesburg? The Soweto Uprising was a series of protests led by high school students in South Africa that began on the morning of 16 June 1976. Students from numerous Sowetan schools began to protest in the streets of Soweto in response to the introduction of Afrikaans as the medium of instruction in local schools. It is estimated that 20,000 students took part in the protests. The number of protesters killed by police was officially given as 176, but estimates of up to 700 have been made. In remembrance of these events, the 16th of June is now a public holiday in South Africa. A thirteen year old Black boy, Hector Pieterson, is the iconic first victim of police brutality, but Dr Melville Edelstein, who had devoted his life to social welfare among blacks, was soon forgotten. He was stoned to death by the mob and left with a sign around his neck proclaiming “Beware Afrikaners”.