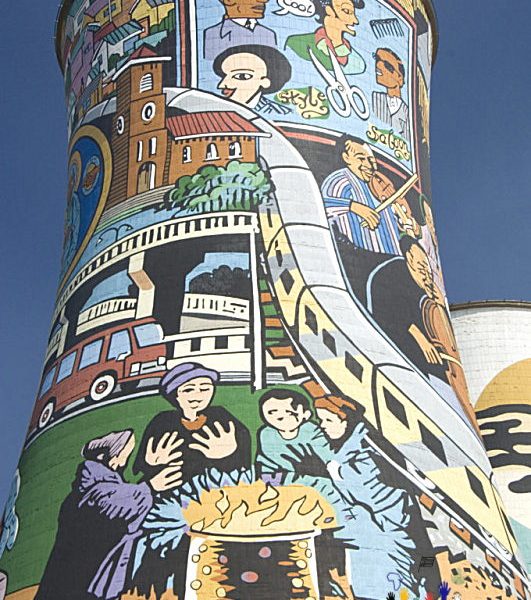 Did you know this about Johannesburg? The Ansteys Building at the corner of Jeppe and Joubert Streets was designed by Emley and William and completed in 1937. It is recognised as a prime example of Art Deco Architecture, a style synonymous with modernisation, optimism and Americanisation before World War 2. The departmental store, N. Anstey’s and Company, occupied the first four floors of the building. The tea terrace was on the fourth floor and was a destination of choice for the ladies of the northern suburbs. The building is 20 storeys high and was, when it was completed, the highest building in the southern hemisphere. The remaining storeys were offices and apartments, some of them occupying an entire floor. The building terminates in a mast designed for docking air ships.