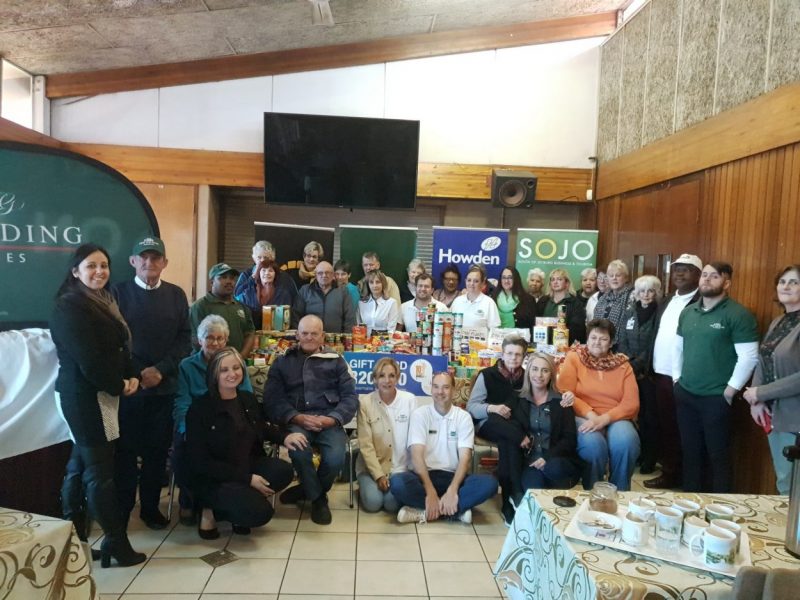 MyPR: Meals on Wheels get treated on Mandela Day:

The #HelpThyNeighbour team gave their 67-minutes to the south of Johannesburg community.

The #HelpThyNeighbour team that includes Howden Africa, Mall of the South, Pam Golding Properties Alberton and Johannesburg South and Sojo (South of Johannesburg Business and Tourism) partnered with Gold Reef City and the H.E.L.P Forum to collect non-perishable foods, toiletries and cleaning materials for Meals on Wheels in Alberton, Haddon and Walkerville respectively.

The #HelpThyNeighbour team is pleased to announced that a collective amount of R110,000.00 worth of items was donated to Meals on Wheels.
The Meals on Wheels branches were overwhelmed with the amount of goods received as they have never received so much before. They contribution will make such difference not only to their residents but to those in need. Mall of the South Centre Manager, Hester Smith said, “It is humbling when the community unites to support those in need. May we continue to live on Madiba’s legacy to #HelpThyNeighbour.”

A special thank you goes to the #HelpThyNeighbour team for making yet another difference in the community. The Team would also like to extend their gratitude to Quatro Holdings Cleaning and Security, the Aspen Hills residents, Stopwash, shoppers and Life Lux Spa (that sponsored the nail kit and will be opening next month in Aspen Hills Nature Estate) for their contribution towards the Drive, and to Ward 37 Councillor Tiaan Kotze and his team for their support.

Did you know this about Johannesburg? The region surrounding Johannesburg was originally inhabited by San people. They were hunter-gatherers who used stone tools. There is evidence that they lived there up to ten centuries ago. By the 13th century, groups of Bantu-speaking people started moving southwards from central Africa and encroached on the indigenous San population.