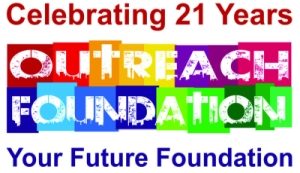 Children who are migrants and refugees deserve access to education, support and protection just like any other South African child, according to Johan Robyn, Outreach Foundation’s counselling department’s programme manager.

“There are so many children who are denied education because they are undocumented mostly due to unnecessary bureaucracy in government.

“Some have been born in South Africa, but their parents are not citizens and did not receive the necessary documentation at the child’s birth and now battle to sort the situation out. Others have been forced to leave their country without their parents because of war or fear of persecution or more recently, due to natural disasters,” says Robyn.

“Without education, they end up on the streets. This is a recipe for disaster for both the child and for South Africa”.

To mitigate the risks, Outreach Foundation, an organisation that is committed to providing personal development support, as well as raising awareness of, and advocating against social injustices, provides psycho-social support to these vulnerable children and migrant women.

For the past five years, the organisation has responded to the needs of the migrant and refugee communities in the inner city of Johannesburg. It has now extended its outreach to include those in Pretoria.

“We now have an office in Pretoria, specifically focused on restoring the dignity of these children, protecting them against violence and abuse as well as assisting them with documentation so that they can hopefully access education.

“Our new office is at 350 Frances Baard Street, in container number 67, and although we have only just opened it, we are inundated with requests for help”.

Says Robyn: “Our organisation firmly believes that every child that crosses the borders of South Africa should also benefit from Section 28 of the South African Constitution. They should have access to basic nutrition, shelter, health care and social services, as well as protected from maltreatment, neglect, abuse or degradation, and of course, to education.

“We work with other organisations such as Lawyers for Human Rights, the Evangelical Lutheran Church (ELCSA), The Lutheran Communion in Southern Africa (LUCSA), and others in assisting these children and women. We refer them when necessary, we encourage them to share their experiences, we help them get the healthcare they need, and we also provide some skills training”.

Robyn says that to ignore the plight of these children would be to ‘shoot ourselves in the foot’.

“The children are here, and we cannot ignore them nor cast them aside. They need to go to school. They need to have the opportunity to contribute to our economy. If they are on the streets, there is a large possibility that they will end up committing crime, getting involved in drugs or even trafficked. We need to stop this from happening.

“The Outreach Foundation is incredibly excited at our expansion as it means we can help more children and vulnerable women”.

The organisation officially opened the new office on 23 August 2019.

For more information about Outreach Foundation or to help us with our work in urban communities, please go to www.outreachfoundation.co.za.